The lost world of Ramona Quimby

Why do Beverly Cleary’s young characters seem to have more time?

“I think children today have a tough time, because they don’t have the freedom to run around as I did—and they have so many scheduled activities.” That was Beverly Cleary speaking to the Washington Post this week. The beloved children’s author is turning 100, and her many generations of fans want to know more of her thoughts about childhood in part because many of us wish we could recreate it for our own children.

For one thing, time in Beverly Cleary’s books seems to go by slowly—not in a dull, depressing way, but rather in the way that childhood often seems to go by for children. When I interviewed Richard Louv, author of Last Child in the Woods, he observed that adults always feel time is flying because they are not using all their senses the way children are. Children touch and smell and taste and see so much more than we do, and that actually has the effect of making time slow down for them.

Cleary is so good at communicating every joyous—and excruciating—moment that her characters experience. The day that Ramona decides “how pleasant it would be to go to school in her pajamas and feel the soft fuzz against her skin” and all of the discomfort and embarrassment she experiences wearing them under her clothes all afternoon is just the way a child would experience it.

But from a practical perspective, Ramona and her sister, Beezus, simply seem to have more time. They are not rushing from one activity to another the way our children are. Sure, their mother goes back to work, and this means Ramona has to spend more time at a neighbor’s house than she would like, but she is rarely without the freedom to read or play outside.

Cleary points out that there are demographic and economic reasons for the change in childhood. In her own youth, “mothers did not work outside the home; they worked on the inside. And because all the mothers were home—99 percent of them, anyway—all mothers kept their eyes on all the children.” But it is not just that. Even inside the home, kids have more autonomy. Ramona bathes herself with no supervision when she is in first grade. How many mothers would allow their kids to put themselves in such danger today?

Ramona and Beezus do not have helicopter parents, but they do have concerned and loving parents. Unlike much of today’s literature for grade-school kids, the Ramona books revolve almost entirely around the nuclear family. There are arguments over family dinners, conversations the children overhear when they are supposed to be asleep. There are moments when Ramona feels closer to her father and ones where she feels closer to her mother. We see Ramona at school or at Howie’s house. But it is her nuclear family, not her peers, who define her life.

In his book The Dumbest Generation, Mark Bauerlein laments the constant stream of peer influence that kids experience today. Not only do their lives seem to revolve around being popular—encouraged by their parents, who never want them to be left out—but they are also experiencing television shows that revolve around people their age and a constant social media stream from their friends.

This, of course, has the effect of making children and teenagers believe that the world revolves around them and their generation. It also means that kids have a very insecure foundation. Friendships come and go, but parents are supposed to be forever. Even if Mrs. Quimby accidentally sends Ramona to school with a raw egg instead of a hard-boiled one, she will know that her mother’s love is constant and unfailing—and more important than any one of the daily dramas that occur outside of the family.

Naomi Schaefer Riley is an American journalist who writes on religion, higher education, philanthropy and culture. This article is republished from the Institute for Family Studies blog with permission. 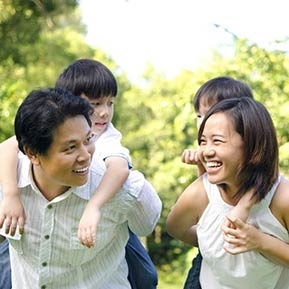