Getting Teens to Obey (the right people) 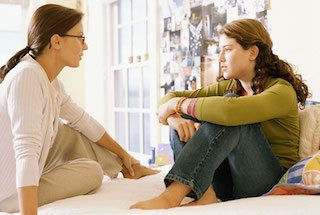 Accepting authority is virtuous, but not all authorities are equal.

As children approach their adolescent years, they sometimes revert to their terrible twos as they exert their independence and question our authority. This becomes an important time to work on the third degree of obedience: full submission of one’s judgement, for this is when obedience really becomes virtuous.

accepting as one’s own decisions those which come from whoever holds and exercises authority, provided they do not go against justice.

As parents of teenagers, we should not be satisfied with the first degree of obedience, simple external compliance. There is no virtue in doing what one is compelled to do. This type of obedience, where a child does a task because he has no choice, may at times have to suffice, but it is not really desirable in the long run. Too much of this in the teenage years only leads to feelings of resentment and rebellion.

Nor should we be content with the second degree of obedience, internal submission of the will. With this type of obedience, a child obeys because he understands and agrees with the reasons for a request. But what happens if he does not understand or agree? Very often children are incapable of grasping our reasons. They lack the experience and maturity to see the wisdom behind our reasoning. Furthermore, you might reason and argue with a child until you are blue in the face and he may still refuse to see your point. Then he will either disobey or be forced to obey.

And so, with young adolescents, we really want to foster the third degree of obedience, full submission of one’s judgment, for this is what will actually lead to peaceful relationships with our children and true freedom.

Let’s look again at David Isaac’s definition of the third degree of obedience: accepting as one’s own decisions those which come from whoever holds and exercises authority, provided they do not go against justice.

If we read this carefully, we come to realize that with virtuous obedience, one obeys, not because he necessarily agrees with or understands the person making the request, but because he recognizes the authority of the person who is making the request. This person might be an expert in a specific field, such as a doctor or a professor, or he might be given a position of civil authority. In any case, when we freely submit ourselves to a person’s authority, it is because we recognize that this person is more knowledgable or experienced than we are in a specific area and that he can make better decisions there.

When they are very young, children intuitively sense the (God-given) authority of their parents. But as they enter adolescence, they become increasingly observant and critical. They begin to question our authority, especially if we have not established it during the early years. So the first step in fostering true and virtuous obedience in our children is to establish and use our authority well.

We should understand and respect the limits of our authority. If, during a baseball game, I yell and scream at my son to run to the next base while the coach orders him to stay put, I would be overstepping the boundaries of my authority, especially since I know next to nothing about baseball. We also should avoid undermining our authority by being unrealistic in our demands, inconsistent with our consequences, by pitting ourselves against our spouse, or by being unavailable when our children need us.

We have to work on our relationships with our children so that our authority will not be burdensome but will have a sweetness to it. We are parents, yes, but we also want to cultivate a friendship with our children so they will be open and trusting with us. The best way to do this is by spending quality time with our children. Once or twice a month my husband takes one of the kids out for a date, sometimes for lunch, or simply for an ice-cream. It is a great opportunity to learn what is really going on in the child’s heart and mind, and to build that trust and respect which makes our authority easier to accept.

When children are around the age of 12 or 13, they begin to develop their analytic powers and to think critically of everything around them. Naturally, they begin to question the authority of others, ours included. This is not bad in itself, in fact I would even say that we should encourage our children to do so. Here’s why.

As children get older, they will need to accept the authority of more and more people other than ourselves: teachers, coaches, doctors, priests, policemen, employers, etc. However, sometimes they wrongly attribute authority to those who abuse or should not hold it in the first place. Persuasive peers with strong personalities can command authority over our children, who, in their immaturity, become their loyal followers.

Manipulative people also have a way of usurping authority and imposing it on others. I saw one of the most disturbing examples of this when I was in graduate school. The area next to the school of music was ridden with homeless street kids, mostly run aways and drug addicts. One day I saw a young girl, no older than thirteen, wearing a spiked metal collar around her neck. Walking ahead of her was an older teen punk who held the chain attached to her collar. How he managed to exert his authority over her in such a grossly demeaning way must be a very sad tale, indeed.

So, in order to protect our children from the trap of obeying those people who use or abuse authority without the right to do so, we need to teach them the proper criteria by which they should assess someone’s claim to authority.

First, a person should be given authority only if he has superior knowledge, experience, or wisdom. And his authority should be limited to his area of expertise. We do not give a plumber the authority to write medical prescriptions. And while a movie star may have an authority on how someone should produce a movie, she does not have authority in the area of faith and morals.

Third, our teenagers need to realize that true authority comes hand in hand with service. A person’s readiness to serve is the litmus test for the authenticity of his authority. Our teenagers need to watch for this as they make the decision whether or not to accept a person’s claim to authority. Prudence and good judgment are important virtues at this age.

“Why can’t I make my own decisions?”

A teenager may ask, “Why must I accept other people’s authority? What if I want to be free to make decisions on my own?” These are two valid questions. I suggest you have a conversation about them, not during a time of confrontation, but at a time when you and your teen are enjoying each other’s company, and he/she is open and receptive.

Of course teenagers want to be free to make their own decisions. But any reasonable teenager should be willing to admit that he is not God. Teenagers are not all-knowing.  So, if one wants to make a good decision, he will need to take the advice of someone who knows better than he does. I’ll have to admit, though, teenagers are not always reasonable. It takes a lot of humility and maturity to accept someone else’s authority and advice, especially if what is being advised is difficult or unpleasant. This is why the third degree of obedience is so virtuous.

It would be helpful to let our teens know that following good advice is not just for the young. Even the President of the United States has his advisors because there is no way for him to know everything about everything. In fact, a mark of a great leader is his ability to recognize and follow great advice. Yes, a young adult should be free to make his own decisions. But if he wants to make wise decisions, he should accept the advice of those who hold authentic authority.

Since teenagers are often hankering for freedom and independence, they need to understand what true freedom is. Contrary to popular belief, freedom is not the ability to do what you want to do, how you want to do it, whenever you want to. Such a thing does not exist (except in the minds of three-year olds, who subsequently take tantrum after tantrum). One who believes that he should be able to do what he wants, when and how he wants to, is both selfish and immature. For all of our actions effect others, whether we know it or not. Such self-centered inconsiderateness always ends up encroaching on someone else’s freedom or well-being. Furthermore, the more we insist on having things go our own way, the more we will be enslaved by our pride and selfishness.

In order to have this right, a person needs to know what he ought to do and have the ability to do it. But knowing what one ought to do takes prudence, good judgement, and the humility to accept as one’s own decisions those which come from whoever holds and exercises authority. Sound familiar? It takes obedience!

This is how we should show our teens that true obedience leads to true freedom. And true freedom, because it is having the right to do what we ought, enables us to do the will of God, which ultimately leads to true happiness. This is why I tell my kids, “If you want to be happy, learn to obey.”

To summarize, if we want our teens to obey with a virtuous obedience, we need to do the following:

Mary Cooney is a homeschooling mother and former pianist living in Maryland. This article is an edited version of one appearing on her blog.

Read the previous article in this series of two: How to get your kids to obey

This article was written by Mary Cooney. Reposted with permission from http://www.mercatornet.com/family_edge/view/getting-teens-to-obey-the-right-people/18147 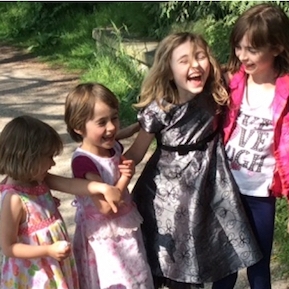