For the Richer, Not the Poorer: Marriage as a Class Affair

A constant theme in today’s news and comment is inequality – the increasing gap between rich and poor. You will hear or read about it practically every day. But how often do you hear about another yawning gap that has opened up in the richer countries: the wealth gap between married and unmarried parents? Yes, there’s a link between marriage and income that young people, especially the less educated, are not being informed about – to their cost, not only in terms of financial security but also happiness. A new report on Europe, for example, shows that among parents in the top one-fifth of income earners, 82 percent are married, whereas only 42 percent of those receiving the lowest fifth of income are married. And those who just cohabit are far more likely to split up, with adverse consequences for themselves and their children. Yet the trend to live together while delaying marriage persists, alongside single motherhood, with the result that marriage is becoming the preserve of the rich, not only in Europe but in Canada, the United States and Australasia — regions where, 50 years ago, marriage was almost universal as the basis of family life, social cohesion and economic mobility. “Wherever we look throughout Europe, the rich are still getting married in their droves,” say the authors of the report, Harry Benson of the UK’s Marriage Foundation and Professor Spencer James from Brigham Young University in the US. The pair analysed data from two big European surveys. about couples with children in 20 countries, and in every country rich parents were consistently more likely to be married. But the ratio of marriages between rich and poor varied – in some instances significantly – between countries and regions:

No doubt the fabled Nordic welfare state ensures that single mothers and poorer couples do not suffer too much – even if the richer ones suffer some of the highest tax rates in the world to pay for the others. (Scandinavia also provided a couple of exceptions to the general rule. In Sweden the lowest marriage rates were among parents in the second quintile of income, not the poorest (marriages rates generally have increased in Sweden in recent years), while in Norway, the highest rates were among parents in the fourth quintile – as they were also in Belgium, Israel, Lithuania and Slovenia.) The correlation is clear, but whether marriage decline caused inequality to increase, or whether inequality has driven marriage decline is controversial. Liberals who want to defend the sexual revolution will argue the latter. But American scholars point to strong evidence that change in family structure (rising non-marital childbearing and divorce) date back to the 1960s, well before economic inequality began growing in the late 1970s. A matter of commitment None of this means that marriage is simply the best way to make a family financially secure. The point of marriage is to build a stable community of love in which the next generation can be properly nurtured. But that depends on the kind of commitment that marriage has traditionally involved – and that cohabiting or de facto relationships are less likely to achieve. Referring to British research Benson and James note:

Among parents, roughly eight out of ten who are married when their child is born will still be together when their child takes his or her GCSEs (school leaving exam). If the parents don’t marry, the odds of staying together while bringing up a child plummet to three out of ten. That’s a pretty big gap.

With reference to Europe they add:

“Across Europe, couples who don’t marry are far more likely to split up than those who do, even after controls for age, education, religion, partner and parental divorce, and the presence of children. (Dronkers, 2015) “The consequences of instability are far reaching for both adult and child outcomes. UK data, for example, shows that lone parents are seven times more likely than couple parents to rely on state benefits, and the children of lone parents are twice as likely to have problems with their health or at school (Maplethorpe et al, 2010).”

Instead of sharing this vital information with the poor and less educated, the cultural and political elites send out confusing messages about marriage. On the one hand they say it isn’t all that important – “families come in all shapes and sizes” – while on the other hand they insist marriage is so important to a couple’s romantic relationship that gays and lesbians must have access to it. Isn’t it time for a bit of honesty about this well guarded secret of the rich and comfortably-off? Carolyn Moynihan is deputy editor of MercatorNet. 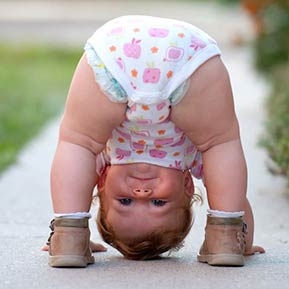