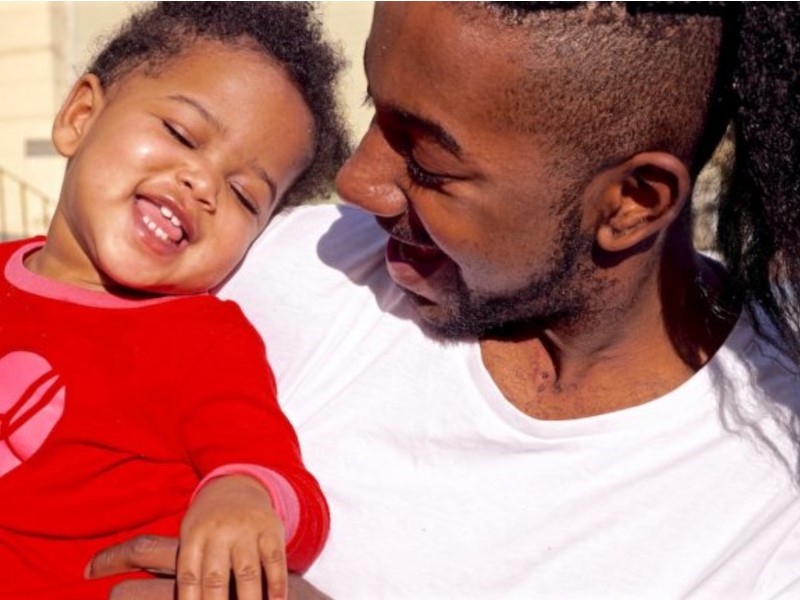 Early infancy is a crucial time for mother and baby—for breastfeeding, caring, bonding and development. However, when it comes to fathers during the post-natal period, public policy generally focuses more on their financial contribution. But we’ve found important evidence challenging this approach to what new babies need from their fathers.

Our study on the fathers’ roles in early child development, conducted in the UK, has found that baby boys and girls showed cognitive gains at 24 months when dad engaged positively with them, from as early as three months of age. This gain was apparent across social classes, regardless of how caring mothers were, and irrespective of the fathers’ education or mental health. Something special was associated uniquely with positive father care for young babies across a wide variety of circumstances. Even good mothering, for all its many benefits, wasn’t a substitute for dad’s added bit of magic.

The picture remained true when we studied the same children at 24 months. Toddlers whose dads were sensitive and calm during a book-sharing session had better cognitive development. Given the drive to improve school readiness, this association between cognitive development and father-child interaction should encourage wider adoption of programmes to support dads reading with young children.

“There was something special, associated uniquely with positive father care for young babies across a wide variety of circumstances.”

More generally, the link between paternal interactions with infants and cognitive outcomes indicates the immense importance of interventions in early infancy that may help fathers interact well with their children. Since fathers’ parenting styles are likely to mirror the parenting that they themselves received, the benefits of early support could cascade through generations.

Our findings come from a study of 179 fathers and their infants, born in the maternity wards of two hospitals in the United Kingdom. It is the first study to examine the long-term association between father-infant interactions as early as three months of age and later cognitive development in children at 24 months.

The early focus was critical, because infants at this age are developing rapidly and are highly susceptible to the quality of interactions with parents. The study was also unusual in looking at children from socioeconomically diverse families with co-resident parents – wealthier as well as poorer – rather than focussing, as is often the case, on children experiencing disadvantage or father absence.

At three months, fathers were videotaped playing with their infants at home on a floor mat. The videos were then coded for specific father behaviours including:  sensitivity, remoteness (withdrawal and disengagement) and dads’ levels of enjoyment, anxiety, and vocal and physical activity.

At 24 months, different trained researchers then assessed the children’s cognitive functioning. We found that increased paternal engagement at three months was associated with higher cognitive scores at 24 months. Toddlers did better at that stage, if their dads had been observed to enjoy looking after them as babies and had been less anxious and more active physically and vocally with the infants.

“Even good mothering, for all its many benefits, wasn’t a substitute for dad’s added bit of magic.”

At 24 months, we took another look at the fathers’ parenting styles during free play and also when sharing a book with their toddlers. We found that fathers who were more positive at three months were also likely to be more engaged in play – and more sensitive during the book sharing session – with their children at 24 months. We found, once again, that the children of these more engaged dads had enhanced cognitive skills.

We’ve been careful not to ascribe causality between the fathers’ behaviour and their children’s outcomes. It’s important to recognise that babies and toddlers could, by their behaviours, be prompting their fathers’ reactions, rather than vice-versa. Furthermore, we don’t know how much inherited cognitive ability might also be playing a part.

Nevertheless, our findings suggest that fathers play an important part in child development, and as early as three months. Given that many fathers may be less involved with babies in the postnatal period, we would urge them to engage and to play in a positive way with their babies.

We also recommend rethinking policy and practice to reflect the ways babies appear to need their fathers—dads seem to have something special to offer to their child’s early development.

– Funding for a further understanding of the father’s role in early child development.

If possible, work with both mothers and fathers when providing early interventions focusing on the early care-giving environment.