After 140 years, Tom Sawyer is still a beloved character 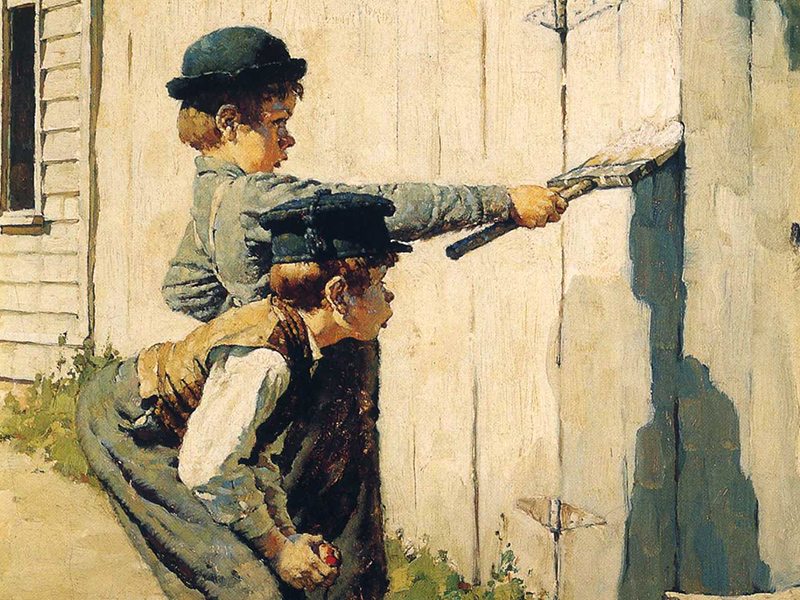 “The Adventures of Tom Sawyer” by Mark Twain follows Tom’s very unique personality through a range of adventures including getting stuck in a cave and cleverly arranging the chore of white-washing a fence by allocating it to other children. Author Mark Twain pushes the limits to keep the reader on the edge of his seat. One goes through the whole gamut of emotions and thoughts with the twists and turns of the adventure.All incidents are to be taken with a grain of salt in the humorous tone of the writing. Tom is the uniting feature of the adventures, and his ego is untouchable, never able to be quashed.

Huckleberry Finn is a wonderful addition to the story. Tom, Huck and their friend Joe are given up for dead at one stage, and Tom has the cheek while awol to covertly pay a home visit to check on things and get something to eat! Later the boys walk into their own funeral to everyone’s relief. There is wrestling, a dead cat that is taken through the cemetery, and “Indian Joe” is exposed for being a murderer. No room for political correctness here.

And neither is there any room for virtuous do-gooders when Tom deliberately wins the Bible prize by claiming he had enough tickets from studying Scripture!

The innocent romance between Tom and Becky is lovely and extremely amusing.

Anyone reading this to children needs to be aware that it is a book from another age (1876) and should allow for historical context in the presentation of slavery and gender bias. The combination of 19th century English and Missouri slang can be difficult to read fluently by children themselves. Having said that, this is a story with passion, love and warmth. The characters burst off the pages in their liveliness. With a little explanation here and there, and perhaps a little bit of creative licence taken by the parent when reading aloud, the book is a pearl and not to be missed. It was a delight reading this classic to my own children. They were both entertained and captivated.

According to R. Kent Rasmussen, critique and author of nine books about Mark Twain, The Adventures of Tom Sawyer has continuously been in print since its first publication in 1876. Since then there have been over 1,000 separate editions and 60 different language translations, and the movie available online has had one million views: (See: https://www.youtube.com/watch?v=iRFix4HEPis).

A former children’s librarian, Jane Fagan is currently a full-time wife and mother of two.

This article was written by Jane Fagan.
Reposted with permission from http://www.mercatornet.com/bookreviews/view/after-140-years-tom-sawyer-is-still-a-beloved-character/18583
Painting © Norman Rockwell