Addressed to parents, educators and experts on family education. We expect the participation of 1,200 people from 70 countries around the world.

Speakers of the 20th World Congress of Family Enrichment

Thomas Lickona, Ph.D., is a psychologist and educator who has been called “the father of modern character education.” A professor of education emeritus at State University of New York, Cortland, he is the founding director of his university’s Center for the 4th and 5th R’s and author of nine books on moral development and character education, including “Raising Good Children”, “Educating for Character”, “Character Matters”, “Sex, Love, and You”, and “How to Raise Kind Kids” (April 2018).

Sir Henry Burns, known generally as Harry Burns, is the professor of global public health, University of Strathclyde, having been the Chief Medical Officer for Scotland from September 2005 to April 2014. In April 2014, he became a Professor of Global Public Health at Strathclyde University where he continues his interest in understanding how societies create wellness. He has become known for his work to address health inequalities. He is a member of the Council of Economic Advisers in Scotland.

Shaunti Feldhahn is a ground-breaking social researcher, best-selling author, and popular speaker – but a wife and mom first. After receiving a graduate degree from Harvard, and working on Capitol Hill and Wall Street, Shaunti now uses her analytical skills to investigate the most important surprises about the most important people in our lives. She focuses on digging out the little changes that will make the biggest difference in our lives, relationships, families, and workplace relationships.

Tom Harrison is the Director of Education at the Jubilee Centre for Character and Virtues and leads the applied research projects across Britain, as well as internationally. His specialist interests are character and virtue ethics, youth social action, citizenship, community development and volunteering. Recent publications include: “Teaching Character Through the Curriculum”, “Educating Character Through Stories”, and “Teaching Character in Primary Schools”. He has completed his PhD at the University of Birmingham on the influence of the Internet on character virtues.

Ms. Renata Kaczmarska is a Social Affairs Officer and a Focal Point on the Family in the Division for Social Policy and Development in the Department of Economic and Social Affairs (DESA) at the United Nations Secretariat in New York. She represents the UN Programme on the Family and acts as its spokesperson. She organizes expert group meeting on family policy issues and liaises with civil society organizations and academic researchers on family-related matters. Ms. Kaczmarska has a Master of Science degree in Social Sciences and a United Nations Studies Graduate Certificate from Long Island University in New York, and a Bachelor of Arts degree from Hunter College, New York, where she majored in Political Science. 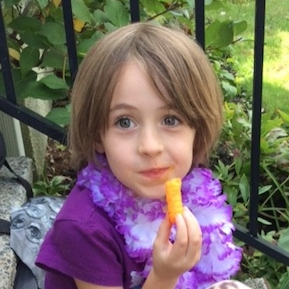 A happy family is but an earlier heaven.
~ George Bernard Shaw

PIFE operates on a tight budget and all of our organizers volunteer their time. However there are still costs for renting venues, printing, web hosting etc. Any contribution is a great help!

Click the button above to make a donation online. You can also make donations by contacting us. We issue receipts for tax purposes. Our Registered Charity number with the Federal Government is 868642802RR0001.